The New Hall of the Wendigo

The forum in which all human experience resides. Especially for fans of the now-deceased original Hall of the Wendigo. Still Number One with the core demographic.

The New Hall of the Wendigo :: Arts and Entertainment :: StevieBachyButtonBaby's World of Music

The Call of the Wendigo wrote: The chorus sounds like the sort of thing Bill Oddie would have written for the Goodies.

After the triumphant launch of the Move's new lineup, with Brontosaurus, everything was clearly set for a whole new era of chart success.

Until their next single, in late 1970, When Alice Comes Back to the Farm which totally failed to chart.

It's starting to look like the Move's chart career was always either feast and famine.

Its lack of chart success is a travesty. That track's great, although I can see it might be viewed as lacking a certain user-friendliness, and the repeated changes of tempo and rhythm may have been a stumbling block when it came to commercial appeal. Still, it clearly should have made the charts.

It is interesting to hear the first appearance of that trademark early ELO cello on a Move record which does feel startlingly out of place when it suddenly appears from nowhere. Also, didn't Marc Bolan pinch that opening riff, for 20th Century Boy, three years later? 8/10.
_________________

Now things get strange. The Move's next single was Ella James in May 1971...

...Which was almost immediately withdrawn when all concerned realised its B Side Tonight was a zillion times more commercial. And so it was, reaching Number 11 and getting them well and truly back on the charts after their previous flop.

That is completely and totally awesome. It barrels along like a totally irresistible thing, with Bev's use of the cymbal lending it that little bit of musical cheek. The middle section has to feature Roy's best bit of singing, so far, for the band, Roy's guitar playing is pure dynamite - and Jeff's finally allowed to do some lead vocalising for the band. 9/10.

The Move released their 12th single Chinatown in late 1971 and it reached Number 23 on the charts. It was recorded in the same sessions as ELO's first album and, even though he'd already departed the band by then, Carl Wayne said it was his favourite Move song.

It's not the most politically correct song of all time but it does have an irresistible, smoothly-flowing tune which ranks up there with those on display in the original lineup's best tracks. For the first time, Roy and Jeff get to share the lead vocals, 50-50 and their voices combine with aplomb on the chorus. On top of that, it features some of Bev's most creative drumming, and enough cowbell to keep even Buttertubs happy.

This is it. We've reached the Move's last ever (intended) single, California Man, which reached Number 7 in the middle of 1972.

It was released just a month before ELO's debut single 10538 Overture. I would assume, therefore, that this was the track the Move performed on TOTP on the same night they also performed that ELO track while pretending to be two totally different bands. I suspect no one was fooled.

That was OK but it's not really my bag, Daddy-O. I find it a little too lacking in subtlety and too derivative to entertain me. It is, at least, an endearing performance and it's nice to see Jeff being allowed to dominate proceedings for once. 6/10.
_________________

The final end of the Move. California Man may have been intended as their last single but its B Side Do Ya proved more popular in the USA and, so, it was promoted to the A Side over there and became the only Move single to crack the Top 100 in that country, making Number 93 in late 1972.

That is a passable head-banger, if a little crude. I detect hints of the Who in it. I do feel the middle eight is the best part. Also, the track has lashings of cowbell!

For comparison, here's the ELO version which is basically the same, just with added strings:

I do feel I prefer the ELO version.

And that is the last the world ever heard of the Move.

The Call of the Wendigo wrote:

That was OK but it's not really my bag, Daddy-O. I find it a little too lacking in subtlety and too derivative to entertain me.

Old skool rock 'n' Roll just turns my brain off. Remember those Rock and Roll will never die car stickers, from like the 80s?

It went past the putrefaction stage of death, about ooh, 40 years ago? If not earlier.... In fact we can probably date it to the exact moment: 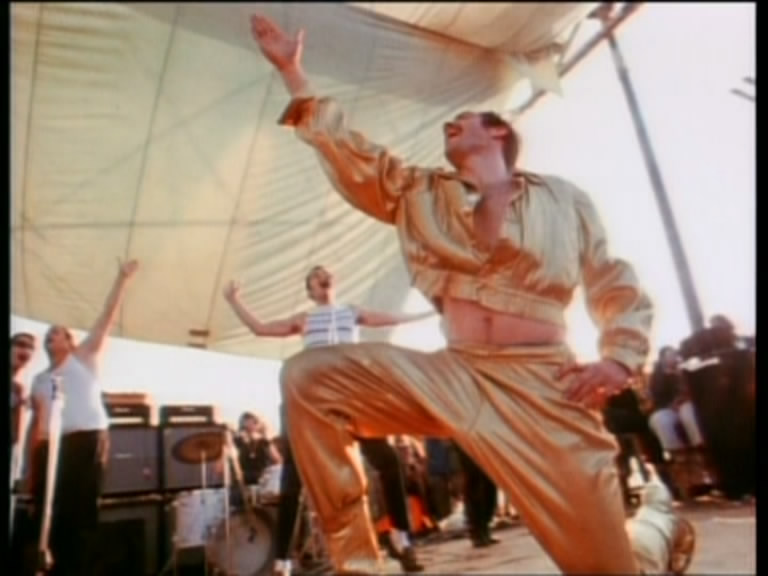 Sha Na Na at Woodstock. After that it was Clearly Ironic.

The Call of the Wendigo wrote:

I've quite enjoyed these travels through the Move. But, I'm these days I'm finding late 60s pop starting to 'rust' in a way that 70s stuff hasn't. As in it's only enjoyable in a period setting, historical, way, you wouldn't actually listen to it for pleasure in and of itself.

Or You would listen to Abbey Road for pleasure today, you can only listen to With The Beatles as a period piece.

I don't really like 1960s stuff, apart from the Beatles, Simon and Garfunkel and a handful of other tracks.

I did enjoy the Move records though because they have catchy tunes, have no pretention to be anything other than entertainment and don't sound posh like a lot of 1960s stuff does. I feel the band sort of occupied the same kind of niche in the 1960s that Slade did in the early 1970s, although with a very different sound.
_________________

Sorry to interrupt, just had to try out WDTBDborgles' discovery

The New Hall of the Wendigo :: Arts and Entertainment :: StevieBachyButtonBaby's World of Music

Page 3 of 3
Permissions in this forum:
You cannot reply to topics in this forum
Latest topics
» 2010s "nostalgia"
by Nightjar Today at 10:48 pm

» It's trending on Twitter
by The Call of the Wendigo Today at 7:57 pm

» Is the Oxford Comma Otiose?
by WhatDoesThisButtonDo? Today at 6:29 pm

» Post the first video YouTube recommends to you
by The Call of the Wendigo Today at 5:24 pm

» Gr8 Lyrics of Distinction
by WhatDoesThisButtonDo? Today at 3:03 pm

» Re: Recent deaths of people who don't need their own threads
by The Call of the Wendigo Today at 12:54 pm

» Cher - Take Me Home
by WhatDoesThisButtonDo? Today at 10:55 am

» LP Covers of note
by WhatDoesThisButtonDo? Yesterday at 9:46 pm

» LP covers that look like the artist is going to the toilet
by WhatDoesThisButtonDo? Yesterday at 4:46 pm

» The all-new all things driving thread
by Butterfield Yesterday at 2:48 pm

» The Tik Tok Thread!
by WhatDoesThisButtonDo? Yesterday at 12:21 pm

» Paul McCartney - New
by WhatDoesThisButtonDo? Yesterday at 10:50 am

» Songs that sort of sound like other songs thread.
by WhatDoesThisButtonDo? Yesterday at 10:48 am

» Title of your last spam email
by The Call of the Wendigo Yesterday at 8:36 am